What are The Mark of a Leader Passionate About

Fully engaged leaders with fully engaged teams get better results. This presentation shows how engaging people on all five of their levels (Spirit, Imagination, Intellect, Heart and Hands) is the premise of great performance, and gives powerful insights into how to make it happen.

The Power of Story

Stories are the foundation of all organizations. Stories model and shape behavior. Collective behaviours shape culture. Culture drives performance and results. In this program we demonstrate the power of “story”, engage audiences in telling their personal and business stories, and enable them to be better storytellers and story-crafters.

If you are not constantly measuring and improving your customer experience, you’re giving your competition a gift. But Customer Experience must be cultural in order to be great. This presentation shows not only how some of the world’s best “experience” organizations do it well, but also some concepts and best practices to make your Customer Experience a cultural asset.

How do organizations like Dyson, Apple, and Cirque du Soleil consistently break new ground? We look at innovation from many points of view – from “Big I” breakthroughs to “Small I” improvements, and see how some of the world’s best creators make innovation a way of life.

A leader’s most important job is to help others to be their best. But in many organizations, internal competition, silos, and ego make this impossible: there is no “we”. This program examines new ways to create better team cultures, and shows how collaboration has been the foundation of all great world-changing activities.

Why You Need The Mark of a Leader

We harness the age-old power of great stories and storytelling to inspire higher levels of engagement and performance. Our stories challenge, teach, and inspire people to be better leaders and be more fully engaged so that they can help drive performance. Our storytellers use them along with interactivities and exercises to create unique programs for every client. We also help our clients capture, craft and enable the stories that define them and their culture.

We have a library of over 60 incredible video stories of people, companies, and ideas that have changed the world. They are the pillars of all of our programs. We MC, facilitate, run workshops, and deliver unforgettable keynotes at conferences using the powerful combination of video stories with a live storyteller.

Doug Keeley, CEO and Chief Storyteller of The Mark of a Leader, is a globally recognized communicator, a serial entrepreneur, and a self-professed “leadership junkie”.
Doug started the first of several communications businesses in 1978, and quickly became a pioneer in the marketing and communications industry, travelling the globe working with hundreds of Fortune 500 corporations and executives.

In 2004, he created The Mark of a Leader, a revolutionary program designed to inspire new thinking in the workforce about leadership, engagement, and corporate culture, and to provide a tool to make any conference unforgettable.

Based on a powerful concept called Five Level Leadership, the program uses incredible video stories to share insights into the success of many of the world’s greatest leaders and brands and show how their leadership principles can be applied to business today.

The Mark of a Leader has been used repeatedly by companies like ADP, Bank of America, Coca-Cola, Disney, Frito-Lay, General Mills, HP, Microsoft, Pepsi-QTG, RBC, Scotiabank, Starbucks, TD Bank, Universal Studios, Xerox, and many other leading corporations, associations, and schools.

Doug has written a book of inspiring stories, authored many magazine features and columns, appeared as a subject expert in several books on creativity and corporate culture, and been interviewed many times on radio and television on the subjects of leadership and innovation. He is also an inductee in the Meetings & Incentive Travel Hall of Fame.

Tim is a creative, collaborative and passionate leader. A colleague describes him as a “lightning rod in driving positive change.” Tim has the head of an entrepreneur, the heart of a coach, and the soul of a singer/songwriter. As a seasoned facilitator and presenter, he has brought value to over 10,000 participants.

In the mid-1990s he joined Canada’s largest private communications firm at the time, ICE, as a Senior Account Director, and worked with many of Canada’s biggest and best corporations. He left to pursue his passion for training, becoming a senior consultant and trainer with Horn and Associates where he designed and delivered sales and sales management training programs.
In 1999, his vision was to create the “defacto sales learning leader in Canada.” He started Fusion Learning, which became the fastest growing sales effectiveness firm in the country, providing programs for hundreds of corporate clients including Dynamic Funds, Rogers, BDC, Molson Coors, and TD Bank. Tim sold his shares in Fusion in 2010, but continues to work with them.

Tim reunited with ICE’s CEO Doug Keeley as a Consultant Storyteller at The Mark of a Leader in late 2012. He now combines his unique skills and passion for leadership to teach, challenge, and inspire businesses and educators through The Mark of a Leader program.
Outside of work, he enjoys time with his wife and 3 kids, and fuelling his passion for music, recently releasing his second successful CD of original songs.

Why You Will Love The Mark of a Leader

“Doug, for several years, as you know, we have used traditional speakers at our National Sales Conference with great success. We took what I thought was a chance this year at our by using The Mark of a Leader and you as a storyteller.

As I am sure you could tell from the audience and executives’ reaction, we made a great decision. You hit the Mark completely. Not only did The Mark of a Leader help us change the agenda format, but you and the stories tied our themes and messages together through the entire 4 days and added tremendous fun and energy.

Thanks for helping make this year’s conference such a great success.”

“The Mark of a Leader was the highest ranked item at our mid year conference, with over 90% of our attendees writing in great comments about you and the stories. Overall, the conference was the highest rated we have ever held, in no small part because of you and your team.

I’ve seen 25 years of presentations on every management and/or leadership skill under the sun – and have actually been “entertained” enough to remember the material by 3 or 4. Yours was one, and I am enthusiastically recommending you throughout Starbucks. Thank you.”

“Doug the feedback from our PCG leaders’ conference has been outstanding. Thanks for your help in creating the agenda, for facilitating the conference, and for your many contributions. Your business insights and experience really helped us focus, and the great stories and your energy kept our folks fully engaged over the two days. We are looking forward to the program rollout to the rest of PCG.”

“Doug, for the third year in a row you were the top rated element of our annual Hosting Summit. This is our most important partner event, and our business community never gets tired of your leadership messages, amazing stories, your passion and energy. You MC, you link your messages back to our business, and you help make the conference fun and engaging. Thanks again!”

“Our recent Commercial Real Estate sales conference was a huge success, in no small part because of The Mark of a Leader. The stories were inspired and inspiring, and you made them even more powerful by focusing them on our business and our issues. I am also a complete convert now – spreading the stories through the conference changed things up, kept the energy high, and kept the messages very tight.

Thanks again Doug. I will happily recommend The Mark of a Leader to any prospective clients.” 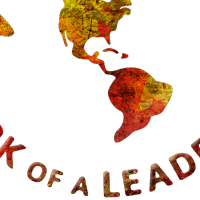 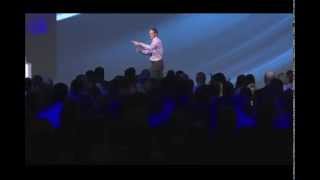 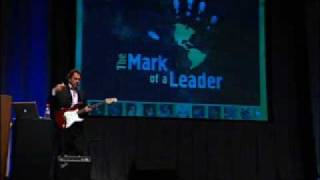 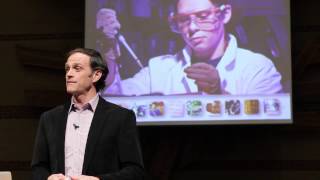 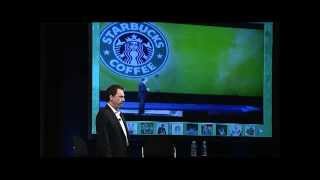 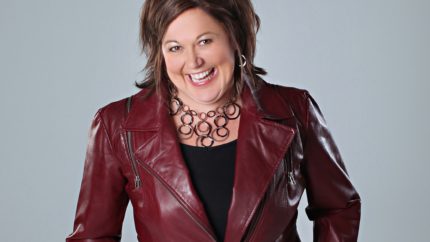 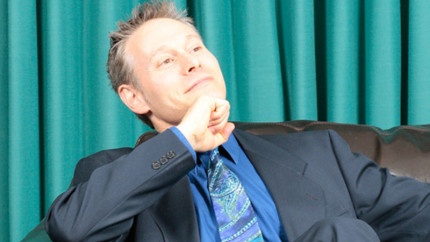 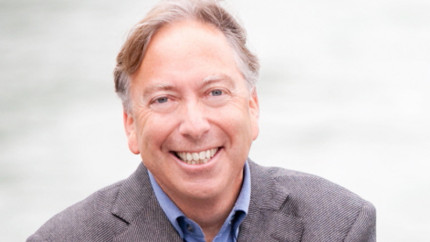 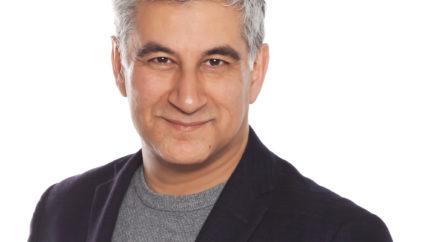 Book The Mark of a Leader