What Zac is Passionate About

Mental Illness- It's time to stop being weird about it

Why is it that we treat individuals with mental illness differently than we do those with an illness of the body?

How does stigma restrict treatment opportunities for those seeking to improve their mental health?

Zac discusses these questions and shares his personal experiences in dealing with our health system. His central message: recreation is essential for mental wellness; because it provides opportunities for regular physical activity and creative outlets within a framework that is more sustainable than traditional treatment approaches.

Zac encourages participants to explore their own passions and interests as a way of improving overall quality of life.

By embracing and celebrating failure you can achieve more, with less anxiety and wasted energy. Instead of viewing failure as the end; Zac helps participants to see failure as an opportunity for learning – one stage in a circular model of growth and change.

Employ strategies such as prototyping. Discuss consensus vs coercion approaches to motivation. Be brave enough to to ask yourself the question – “What kind of leader am I?”

Zac will share hard earned wisdom – such as why a job interview is the wrong place to try out a new joke; and sarcasm does not help build rapport with at-risk youth.

Dare to be Bored

Learning to cope with boredom is an essential life skill. Many people are uncomfortable being alone with their thoughts – no distractions, no connectivity. Just…you.

Examine the growing trend of relating to boredom as though it were a serious illness or a problem to be solved. Learn how to stop falling into the role of entertainment director for your family. Teach the young people in your life to take responsibility for their own time. Allow your brain the time & space it needs to process life’s unexpected hurdles.

Discover the benefits of boredom, the skills that it teaches us, and how striving to eliminating it contributes to exhaustion and anxiety.

Hammocks To Houses: Protecting Your Mental Health In Real Estate

Zac shares his pragmatic and straightforward approach to navigating the world of real estate.

Inspired by the fact that many Canadians spend the majority of their lives paying off mortgage debt; Zac bought his first house at the age of twenty-two. He promptly moved from living in a hammock in his brother’s back yard to sleeping on his own floor. Since then he has bought and sold more houses and become the property manager of the family farm.

Zac brings a perspective to the world of real estate that values work / life balance and prioritizes mental health. Whether your clientele are first time home buyers or have been at it for years – buying a home can be a stressful experience for all parties involved. Zac discusses simple strategies to avoid exhaustion, cope with stress and deal with all the demands of the industry.  Listen to Zac share insights on how to protect your mental health when dealing with the challenges of the real estate transaction.

Zac’s experiences renovating and managing properties have taught him when to learn the basics and when to hire the experts. Laugh at Zac’s expense while he shares personal tales of real estate failure and triumph – of the mind and the pocketbook.

Why You Need Zac

In the spring of 2009, while white-water kayaking in Nova Scotia; Zac witnessed the death of his close friend. The incident left Zac with a diagnosis of Post-Traumatic Stress Disorder (PTSD).

For over a decade, Zac has been teaching others the benefits of recreational therapy.  It was time for Zac to take his own advice and put his experience to good use. Years of being a touring musician in Canada motivated Zac to explore alternative transportation methods for his first solo record ‘You Plan to do Nothing’. Choosing only a sea kayak and a bicycle, Zac traveled & played shows from Ottawa, ON to Halifax, NS. Paddle To The Oceanis the story of Zac’s use of kayaking and music as an alternative approach for dealing with PTSD.

Using his passion for music & kayaking as part of his recovery; and to honour a friend by encouraging Canadians to lead a more active lifestyle, Zac paddled his kayak & pedaled his bicycle from Ottawa to Halifax:

Paddle to the Ocean; the documentary film and accompanying soundtrack tell the story. Through his journey, Zac aims to help reduce the stigma associated with mental illness. The mainly solo adventure was accomplished without the use of fossil fuel and designed to be a tool to encourage others to incorporate healthy practices in their lives. Zac tours and speaks to organizations using a combination of live music, story-telling & film.

Musically, Zac has toured throughout Canada & in the US with Multiple ECMA & Music Nova Scotia nominated artists like Caledonia, Acres & Acres and Tanya Davis. His single, ‘So Fine’ has charted multiple times in the Netherlands. The single ‘Scott’s House’ charted #4 on the CBC Radio 3 ‘Top 30’, made the top 103 songs of the year (CBC 3, 2009) & was nominated for an ECMA for Single of the Year.

As a recreation therapist, Zac has worked for over 10 years with young people who have substance use and mental health issues. He holds a Master’s degree in Education and is a popular educator at the number one university in Canada – St. Francis Xavier University – where his classes ‘sell out’ quickly. Zac uses recreation therapy and experiential education techniques to help young people and organizations develop leadership skills and increase resiliency through social, communication and problem solving exercises.

He is an accomplished white-water and expedition sea kayaker and a Paddle Canada sea kayak & canoe instructor. Not your average paddler, he has circumnavigated the island of Newfoundland by sea kayak and Cape Breton Island in a canoe.

Paddle to the Oceanis Filmed and Directed by Kelsey Thompson (Balance, Locals Only)

What can you expect from one of Zac’s keynotes?

Zac uses stories, original music and clips from his documentary film ‘Paddle To The Ocean’ to engage, entertain and empower. His ability to explore sensitive topics in an honest, respectful & light hearted matter allows participants to gain insight into his recreation therapy self-practice and unique approach to recovery from PTSD.

Topics include the stigma surrounding mental illness, the links between mental health and recreation, and leadership development.

Zac draws from personal experiences and adventures – using humour, anecdotes and theory – to illustrate points and facilitate connection with the audience. He’ll explain why it’s a bad idea to joke with police in rural Oklahoma; and why you should always say “Yes!” to an invitation for Tea in outport Newfoundland.

Why You Will Love Zac

“Zac Crouse was a fabulous choice to conclude our 2017 NSTU Sheonoroil Conference, Getting Better Together.  He connects with the audience sharing his real experiences of addressing his PTSD and how attendees can support themselves and others by talking about Mental Health issues.  Our attendees gave Zac thumbs up for his entertaining and informative keynote.”

“It was a successful conference and Zac’s keynote address was well received. Very positive comments from participants. Zac connected well with the audience and with the conference theme – Change, Challenge and Opportunity. I would not hesitate to recommend him as a speakers for other conferences – NSCC, Associations and other organizations.”

“We were delighted to have Zac Crouse speak and perform at our Contact Atlantic Conference in Fredericton on October 29, 2014. We had a tall order to fill … we wanted someone to help our delegates understand how to best deal with mental health issues and we wanted our group to be able to relax, laugh some and be entertained after a long day of conference sessions. Zac fit the bill perfectly. He was able to share with the group his own struggles with mental health and wellness and he spoke about the effects of Post-Traumatic Stress Disorder on his life, but he did it in a light-hearted, real-world manner. He also entertained us with a few tunes on his banjo and with his great singing voice. Big thanks to Limelight for recommending Zac to us, and thanks as well to Zac for coming to Fredericton and sharing his story with our group. Cheers!”

“Zac Crouse was the highlight of the conference for me.”

“Zac’s story was my favorite of the day. Brings so much awareness; that it can be you or I tomorrow.”

“Compelling songs…full of offbeat charm. Sometimes plans go awry, and in this case, be glad that they did”

“His sad and sweet intimations, alluring melodies and novel features, such as the tabla-style percussion on ‘Scott’s House’, make for some superior contemporary folk.”

“Zac’s presentation was fantastic! The students really enjoyed his presentation and afterwards many went up to him to ask questions and speak with him. We were told many great reviews from not only the students but also some of the advisors (teachers) that watched him speak. I enjoyed his presentation extremely and thought it was certainly suited for the students there. Thank you so much for being our liaison with Zac and helping him to get to our conference, it’s been very much appreciated. We are definitely just as interested as he is in keeping him involved with our organization in the future.”

“Zac’s journey and story resonated with Laing house members. He was completely honest about his personal journey and how hard it was, and still is. He made them truly believe that they have the ability to take action in their own recovery, and I’m sure they will.”

“Zac Crouse has a real talent for connecting with his audience. His ability to make people laugh while sharing such a difficult story is remarkable. I was one of the 650 people he held in the palm of his hand during a recent Living with Mental Illness and Addiction Conference in Sydney. His positive attitude and energy filled the room with hope and optimism.”

“You’re a very personable young man and a joy to meet. If your speech you reaches out and touches just one person and helps them see the way to better health and well-being, then the hour or hour and half has been well worth it. Please keep on telling your story, telling people how you overcome the effects of PTSD and how to cope with such a stigma of Mental Illness.”

Brad Ramey
National Board of Directors for the Canadian Deafblind Association 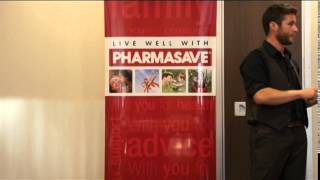 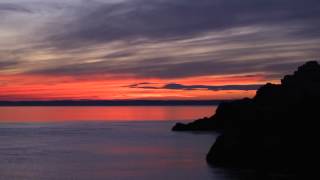 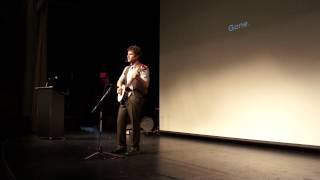 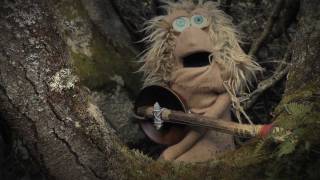 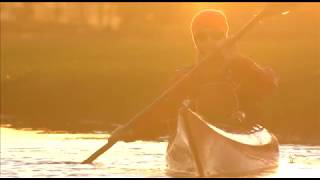