What Terry is Passionate About

The Power of the Dream

Terry Kelly has given his “The Power of the Dream” presentation to tens of thousands of teachers, government employees and business people across Canada and the United States.

“The Power of the Dream” explores the importance of communication; confronting our fears, dreams, goals, challenges, choices and responsibilities; understanding and celebrating our differences; balancing our business and personal lives; team building and collegiality; the value of enthusiasm.

Using personal anecdotes peppered with humour, songs and audience participation, Terry addresses these issues and encourages individuals to develop their own values and strategies for living and working happily and healthily.

Rarely will you find such a unique individual as Terry who can deliver a powerful keynote or motivational presentation (accentuated with music); perform for an after dinner concert; entertain an audience in a party atmosphere; or sing the Canadian and/or American national anthem/s.

When performing in concert or for other full music engagements, Terry performs either solo, as a duo, a trio or with his full band. Terry’s keynote and speaking engagements on the other hand are delivered by Terry solo.

We Can Do Anything

Terry Kelly’s “We Can Do Anything” school presentation is directed at leaving his audience with an increased awareness of the importance of self-esteem and a renewed sense of pride.

“We Can Do Anything” is about individual triumphs, overcoming real or imagined disabilities, sharing, caring and love.

Through stories, songs and open communication between performer and student, Terry Kelly proves that a belief in oneself is the key that will open doors to a rewarding and successful future.

Students become involved with Terry’s high energy and positive message. Original songs like “Mama Likes To Rock n’ Roll”, “We Can Do Anything” and “The Lucky One”, captivate the listeners’ attention. His down-to-earth approach and honest interest result in open answers to all inquiries during the question and answer segment.

Described by students as “Totally awesome”, Terry Kelly grabs the attention from the first moment to the last song.

“We Can Do Anything” is a show full of hope and optimism, both enjoyable and inspiring.”

This presentation is approximately sixty minutes in length and is offered at three levels:

Why You Need Terry

Terry Kelly’s name is synonymous with accomplished athlete, multi-award winning singer, songwriter, entertainer and professional speaker. Terry’s abilities and determination have allowed him to be a recognizable and admired face with audiences throughout Canada and the world.

Terry’s public life took flame when he became a double silver medallist in the 1979 Canadian Track Championships.  A Newfoundland native, Terry’s love for music began as a young child.  He has recorded six full length recordings and has performed his original music all over the world.  He has also performed with both Symphony Nova Scotia and the Edmonton Symphony.  He has been nominated for four Canadian Country Music Awards and a Juno.  He is the winner of seven East Coast Music Awards.

In addition to these remarkable accomplishments, Terry Kelly delivers motivational presentations, We Can Do Anything and The Power of the Dream to audiences ranging from students and teachers to government and business executives.  This powerful presentation explores the importance of communication; confronting our fears, dreams, goals, challenges, choices and responsibilities; understanding and celebrating our differences; balancing our business and personal lives; team building and collegiality; and the value of enthusiasm.

His ability to share his ups and downs while attacking all that life has to offer is one of the most moving experiences shared with audiences today. Using personal anecdotes peppered with humour, songs and audience participation, Terry encourages individuals to develop their own values and strategies for living and working a healthy and happy lifestyle.

From classrooms to corporate boardrooms, from the recording studio to international conferences, from national radio shows to the pilot seat of an aircraft, from the controls of a Seadoo to the running of a sub-five-minute mile, Terry Kelly has been there.  He uses his life experiences to motivate people to live their own lives to the fullest and by his example, overcome personal challenges of all types.

Why You Will Love Terry

“Your presentation was in a word phenomenal!”

“… WOW! Thanks so much for such a great presentation and performance at the Canadian Food Inspection Agency’s Annual Diversity Conference. You have
a unique capacity to capture an audience – and you certainly did so on Thursday”

“His heart has no boundaries. He is authentic and the way he encourages people to be their best is inspiring.”

“In my nine years as principal I have never seen children so enthusiastic about an entertainer.”

“Not only is the music award winning and energetic, but the heartwarming, challenging stories that are inter-twined into the performance met and then far exceeded our expectations.”

“To me the biggest indicator of your success was when parents were telling me about your show, when they hadn’t even seen it… You are a very positive role model for us all, with some fantastic music everyone can enjoy!”

“The most bizarre business meeting I’ve attended – FABULOUS! I loved the story about eating chocolate only on Sunday. A great practical example of making changes”

“We thoroughly enjoyed hosting Terry Kelly at our venue. We have received many positive comments from our audience members about his performance and the inspiration he gave to everyone in attendance. Not only is Terry a highly accomplished musician and singer, but an extraordinary entertainer who made us laugh, clap, sing, cheer and cry all in the span of 2 hours. We would be honoured to have him back to Harmony House Theatre again.” 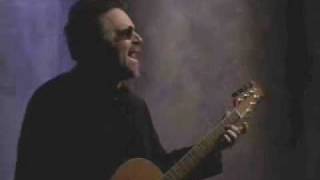 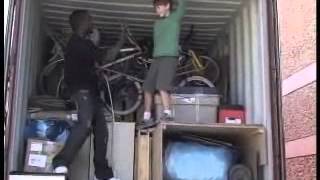 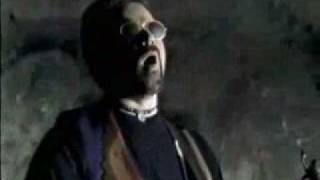