Why You Need Shelagh

If you asked Shelagh Rogers what day she would relive, it would be a choice between interviewing Leonard Cohen face-to-face, and going out on the land in the company of the Labrador Inuit in the Torngat Mountains. Those choices reflect what drives Shelagh: the great artists and great people of our great land.

Over the years as a journalist on flagship programs such as Morningside, Sounds Like Canada and This Morning, Shelagh has traveled the length and breadth of this country, interviewing thousands of Canadians and collecting their stories. That’s her passion and she believes sharing our stories enlarges our understanding of each other. She is currently the host and a producer of the CBC Radio program The Next Chapter, devoted to Canadian writers and songwriters. She has received many awards for speaking publicly about a private story: a decades-long battle with depression. Shelagh holds honourary doctorates from the University of Western Ontario (2002), Mount Allison University (2011) in New Brunswick and Newfoundland and Labrador’s Memorial University (2012).

In September 2011, Shelagh was named an Officer of the Order of Canada, the country’s highest civilian honour, for promoting Canada’s rich culture, for her volunteer work in adult literacy, for fighting against the stigma of mental illness, and for pushing for reconciliation. She is the first-ever Ambassador-at-Large for the Canadian Canoe Museum in Peterborough and sees the canoe as a beautiful symbol of a new relationship between Aboriginal and non-Aboriginal people.

In the last few years, she has committed herself to working toward that reconciliation from coast to coast to coast. She plans to devote herself to reconciliation for the rest of her life. Native Counseling Services of Alberta has given her their Achievement in the Aboriginal Community award. She is also proud to be chosen as an “Honourary Witness” to the brave and essential work of the Truth and Reconciliation Commission of Canada.

As Shelley Ambrose, publisher of The Walrus Magazine, says: Think of her as Canada’s ear. Then add a brain, a heart…and a very recognizable voice. That’s Shelagh Rogers.

Why You Will Love Shelagh

“We had a remarkable and moving experience with Shelagh and Senator Sinclair. It has had a huge impact on our organization and the richness of the conversation we are now having is truly a thing of beauty.”

“Shelagh was great. She was the perfect speaker for our first Wine Women and Wellness event.”

“Shelagh was amazing! She was gracious and generous with her time and  a delightfully warm and funny presenter.We were honoured to have her at the Library. The audience loved her.” 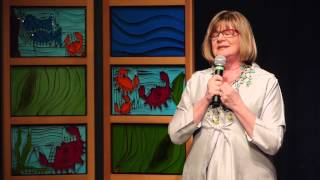