What Pinball is Passionate About

Michael Clemons is only 5’6″ tall and weighs 170 pounds. Yet this diminutive running back for the Toronto Argonauts Football Club is one of the best in the league, an electrifying player named the CFL’s most outstanding player in 1990 and one of the key reasons for the Argos’ three Grey Cup championships. His skill on the field is a story in itself, but it is his fight to get there that is revealing, fascinating, and above all, inspiring.

All Heart is a story of winning against all odds, of succeeding while others predicted failure, of giving more when less would have been satisfactory. It is the story of a young man growing up without a father, but guided by the fierce determination and love of his mother and great-great-grandmother.

Winning Against the Odds

When Michael “Pinball” Clemons was not wowing the fans on the football field, he was running off the football field and onto the professional speaker’s platform to inspire corporate audiences with his engaging, inspirational and high-energy delivery. Whether the focus of his remarks is Teamwork, Coaching or Winning Against the Odds, Michael gets them on their feet.

The Importance of Teamwork

Toronto Argonauts former coach and player Michael ‘Pinball’ Clemons is a man of unquestionable character and spirit. Not only is he renowned for his achievements on the football field, Pinball’s aptitude for motivational speaking is undeniable. His presentations are at once captivating and empowering. He exemplifies the capabilities of teamwork and leadership while demonstrating what it means to beat the odds.

Michael’s tireless community involvement and participation in countless charitable causes exemplify the qualities he possesses, which are so rarely found in today’s professional athletes. His presentations are at once captivating and empowering, and clearly demonstrate the capabilities of teamwork.

Clemons will share his past experiences to illustrate how people can overcome obstacles and achieve success. Being just 5 feet, 6 inches tall and becoming a football superstar is quite exceptional. In his deeply moving and inspirational talk, he will speak about personal perseverance and the importance of teamwork, which is relevant to any industry.

Why You Need Pinball

Michael “Pinball” Clemons is an icon of sporting excellence, community leadership, personal character and integrity. The William & Mary Economics graduate is the pro-football world record holder in all purpose yards which earned him induction into the CFL Hall of Fame.  He was also the first black head coach to win the Grey Cup in its 98 years, but is probably better known for his off the field exploits.  Pinball is the founder of his own foundation whose most noteworthy project to date is building over 200 schools in third world countries over five years.   The author, philanthropist and entrepreneur is currently the vice-chair of the Toronto Argonauts. Also a member of the distinguished Order of Ontario, Mike’s proudest accomplishment is to be the husband of Diane, and the father of Rachel, Raven and Rylie.

Pinball played for the Toronto Argonauts for twelve seasons before retiring in 2000. During his twelve year career as the Argo’s runnning back, Pinball earned the title of CFL Most Outstanding Player, helped his team win 3 Grey Cups, and set many team records. In 2008, Clemons was inducted into the Canadian Football Hall of Fame.

This Economics graduate is also the founder of his own foundation; ‘The Michael ‘Pinball’ Clemons Foundation’; whose mission is to inspire hope and empowerment through philanthropy while being a conduit for accountability. One of their most noteworthy projects to date was building over 200 schools in third world countries over the span of five years. 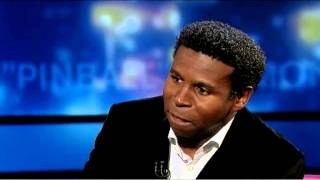 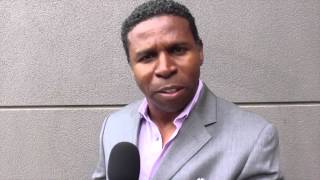