What Rick is Passionate About

Through the stories of the men and women who represent our country around the world, supported by their families, and doing the toughest jobs imaginable, Hillier illustrates how at its core, leadership is about the people.This presentation is both funny and moving. Hillier uses stunning visuals of our troops “in action” to demonstrate how leaders are made, not born. His presentations are certain to resonate with a wide spectrum of audiences, not matter what the event.

Why You Need Rick

Born in Newfoundland and Labrador, General Rick Hillier joined the Canadian Forces as soon as he could. Having enrolled in the Canadian Forces in 1973 through the Regular Officer Training Plan program, he graduated from Memorial University of Newfoundland in 1975 with a Bachelor of Science Degree. After completing his armour officer classification training, he joined his first regiment, the 8th Canadian Hussars (Princess Louise’s) in Petawawa, Ontario. Subsequently, he served with, and later commanded, the Royal Canadian Dragoons in Canada and Germany.

Throughout his career, General Hillier has had the privilege and pleasure of commanding troops from the platoon to multi-national formation level within Canada, Europe, Asia and the United States. He has worked as a staff officer in several headquarters, first at the Army level in Montreal and later at the strategic level in Ottawa.

In 1998 General Hillier was appointed as the first Canadian Deputy Commanding General of III Corps, US Army in Fort Hood, Texas. In 2000 he took command of NATO’s Stabilization Force’s (SFOR) Multinational Division (Southwest) in Bosnia-Herzegovina.

In May 2003 General Hillier was appointed as Commander of the Army and subsequently, in October 2003, he was selected as the Commander of the NATO-led International Security Assistance Force (ISAF) in Kabul, Afghanistan.

General Hillier was promoted and assumed duties as the Chief of the Defence Staff on February 4, 2005.

General Hillier and his wife have two sons, a daughter-in-law, and a new grandson. General Hillier enjoys most recreational pursuits but, in particular, runs slowly, plays hockey poorly and golfs not well at all.

He retired from the Canadian Forces in July 2008.

Why You Will Love Rick

“Warm, witty and wise, General Rick Hillier is an electric speaker who charges his audience with enthusiasm and is an ideal choice for any conference. After a long day of presentations and panel discussions as part of our International Transportation Summit, General Hillier stepped to the podium to deliver an address on Canada’s military role in the world and the men and women who define that role. His personal anecdotes and slide presentation put a human touch on the Canadian Military and the families that support them. General Hillier engaged and charmed the crowd, with his fast-paced, information-packed and emotion-filled address. He moved grown men to tears. Need I say more?”

Lawrence Martin
The Globe and Mail 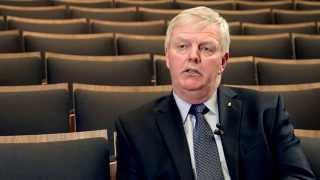 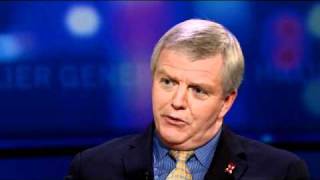 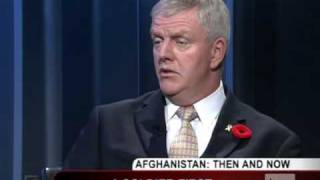