What Carl is Passionate About

Carl’s message is simple but counterintuitive: To triumph in a fast world, you have to slow down. In the 21st-century workplace, faster is often better. But not always. When every moment is a race against the clock, everything suffers – from well-being to work. Striking the right balance between fast and slow can boost your health and bring more depth, pleasure and meaning to your life. It can also make you more efficient, creative and productive. As The Economist magazine concluded in 2015: “Forget frantic acceleration. Mastering the clock of business is about choosing when to be fast and when to be slow.” In this keynote, Carl shows how to do just that by revealing how entrepreneurs, employees and companies in some of the fastest sectors of the global economy are getting ahead (and speeding up!) by slowing down.

A quick fix is not always the wrong option. There are times when you have to channel MacGyver, reach for the duct tape and cobble together whatever solution works right now. But most problems we face today are too complex for instant remedies. That’s where the Slow Fix comes in. Carl spent two years traveling the world to research problem solving in business, politics, health and other domains. The result: a powerful recipe for thriving at work and beyond. In this keynote, Carl shows how to stop falling for quick fixes and start coming up with solutions that actually work.

Slowing down can bring more depth, pleasure and meaning to your life. It can boost your health and make you more efficient, creative and productive. This applies in every walk of life, from food and design to exercise and medicine to relationships, parenting and the workplace. In this keynote, Carl draws on examples from around the world to show how we can all work, play and live better by unleashing our inner tortoise.

Childhood has come to resemble a race to perfection. Result: children, parents and teachers are all frazzled and unfulfilled. Thankfully, change is coming. A global movement (think Slow Education, Slow Families, Slow Parenting, Slow Kids, etc) is finding ways to give children the time and space to explore the world on their own terms, take reasonable risks, play freely, get bored, be children again. In this keynote, Carl explores this powerful drive to reinvent childhood for the 21st century, touching on themes ranging from technology and extracurricular activities to education, safety and consumerism. He shows how to strike the right balance between doing too much and doing too little for children, and how slowing down can help them reach their full potential (as well as making family life a lot more fun!).

Why You Need Carl

Carl Honoré is an award-winning writer, broadcaster and TED speaker.

The Wall Street Journal hailed him as “an in-demand spokesman on slowness.” CBC Sunday Edition called him “inarguably, the world’s leading evangelist for the Slow Movement.” The Huffington Post described him as “the unofficial godfather of a growing cultural shift toward slowing down.”

His first book, In Praise of Slow, examines our compulsion to hurry and chronicles a global trend toward putting on the brakes. The Financial Times said it is “to the Slow Movement what Das Kapital is to communism.”

His second book, Under Pressure, explores the good, the bad and the ugly of modern childrearing – and offers a blueprint for change. It was hailed by Time as a “gospel of the Slow Parenting movement.”

Carl’s latest book, The Slow Fix, explores how to tackle complex problems in every walk of life, from health and relationships to business and politics, without falling for superficial, short-term quick fixes.

Translated into 35 languages, his books have landed on bestseller lists in many countries. In Praise of Slow was a BBC Radio 4 Book of the Week and the inaugural choice for theHuffington Post Book Club. It also featured in a British TV sitcom, Argentina’s version of Big Brother and a TV commercial for the Motorola tablet. Under Pressure was shortlisted for the Writers’ Trust Award, the top prize for non-fiction in Canada.

Carl featured in a series for BBC Radio 4 called The Slow Coachin which he helped frazzled, over-scheduled Britons slow down. He presented a TV show called Frantic Family Rescue on Australia’s ABC. He also hosts a podcast called The Slow Revolution.

His TED talk on slowness has been viewed over 1.9 million times.

On top of writing, broadcasting and researching the benefits of deceleration, Carl rushes (slowly, of course) around the world to deliver speeches and workshops.  He lives in London with his wife and two children. In his spare time, he plays ‘slow’ sports like squash and ice-hockey.

Why You Will Love Carl

“Carl put on an amazing show! The whole audience was energized by his insightful and fun presentation. He was fantastic! We got amazing comments! A huge huge thanks!”

“Carl spent considerable time conferring with me (by transatlantic telephone) to ensure that he understood the backgrounds, interests and concerns of those who would be attending each event. I have contracted other speakers over the years and, though most were successful, they did not delve as deeply as Carl did into the characteristics and interests of the intended audience. I believe this approach gives him an edge that translates into a warm and dynamic presentation that is invariably well received. I recommend Carl without reservation. He has the rare ability to speak without a written script in catching the attention and enthusiasm of the audience. You will not go wrong if you invite him to speak to members of your organization.”

“An amazing public speaker that engages the audience from the first to the last minute. He shares his wisdom….and the best part…he doesn’t peddle anything (but you go and buy the book after haha) and he is a pleasure to work with….no prima donna in sight!!!! Great job in Montreal at the CSSE conference!”

“Carl’s presentation was a hit, delivering a fresh perspective to our latest conference that tackled speed in business.  Carl’s insights and passion managed to inspire so many C-level executives that going slower at times pays more and as a result it helps us improve and possibly find ways of doing things smarter and faster. I highly recommend Carl as he is a very good public speaker and able to adapt his ‘Slow Movement’ to so many different contexts.”

“Many thanks for a superb, insightful, dynamic, fun and fully inspiring presentation! Just had excellent feedback from all participants with no exception!”

“Carl’s talk was exactly what we needed to hear. His blend of personal humor and fact-filled research on trends in parenting was helpful in reinforcing our school’s message about the need for free play and healthy rhythms for children.  Parents feel pressure to create these perfect little beings. Carl’s warmth made us all relax and enjoy his timely message.”

“An in-demand spokesman on slowness.”

“The unofficial godfather of a growing cultural shift toward slowing down.”

“The global guru on the Slow Movement.” 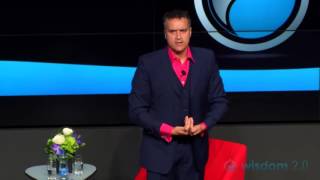 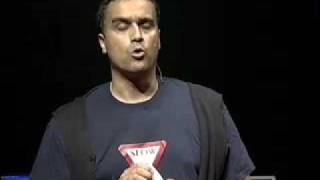 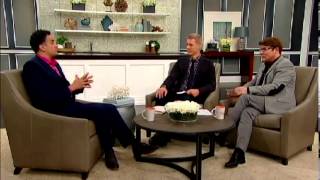 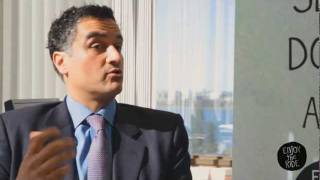