What Alvin is Passionate About

"There REALLY Is No Such Word As Can't"

I am a pure Keynote Speaker and my story is my message. Having said that, I also have a fundamental belief about my audience. I don’t care as much about what a person does as who they are! So my focus is on eliminating people’s excuses and encouraging them to rise above the challenges we all face. The fact that I was born without arms strategically enhances my credibility but the more important fact is I have been a professional speaker since 1981 and my greatest asset is to take “my story” and make it the group’s story and their theme.

I used to have several talk titles and topics but realized that that was misleading. Ironically, even when I have developed new material, people hire me “for me”.

Having said that, I have had great success with allowing a client to decide what to actually call my talk so it best fits their agenda and theme.

I feel strongly that this isn’t about me, it’s about the job and I want to do my job to the best of my ability. When I succeed, and frankly I have never bombed…ever, the event succeeds and everyone is a winner.

Why You Need Alvin

Alvin Law is like a coin. On one side is his remarkable story of being born without arms. On the other is 35 years experience in the business. He is a Thalidomide Survivor. He is in Canada’s Pro Speaker Hall of Fame. He learned to use his feet for hands, even playing drums and piano, and is completely independent. He is a best selling author. What currency!

Alvin Law has been presenting his compelling life story to groups across Canada, the United States and around the globe since 1981. He is a trained broadcaster, fundraiser and musician. He has also worked for non-profit groups, in advertising and public relations, the civil service, and has even run for public office (unsuccessfully, but he got over it).

Alvin has played a direct role in raising over $175,000,000 for charity. He’s also dabbled in acting, playing a role in Harmony Korine’s quirky creative filmJulien: Donkey Boy and, in a life highlight, played an armless preacher in an episode of the hit television series The X-Files.

He has appeared on countless telethons (well over 100 since 1976) and media features, and has been the subject of two award winning television documentaries. The first, Alvin, His Best Foot Forward, was shown across Canada in 1978. The second, Broken Promises, focused on the plight of Canada’s Thalidomide victims and after its Canadian showing was seen on American Public Broadcasting’s Frontline. Re-named Extraordinary People, it was nominated for an Emmy Award. Alvin has appeared on The Joan Rivers Show, CBS’s How’d They Do That, CBC’s What On Earth and ABC’s Frontrunners. Their segment about Alvin won an Emmy Award.

Alvin formed AJL Communications Ltd. in 1988 and has since brought his Attitude Revolution to over 2 million people (and counting) on five continents around the world. He’s earned over One Million Miles with Air Canada, and has the highest tier membership at both Hertz and Avis (yep… he drives!)

He has earned the designation of Certified Speaking Professional (CSP), an honour possessed by less than ten percent of professional speakers worldwide. In 2009, Alvin was inducted into the Canadian Association of Speakers (CAPS) Hall of Fame.

He shares his life with his wife and business partner, Darlene; his adult son, Vance; Raymond, the dog; and Trixie, the cat. They all live in beautiful Calgary, Alberta, Canada.

Why You Will Love Alvin

“Thank you for reawakening my soul yesterday. Amazing how we let, it go to sleep sometimes. Awakened soul, awakened attitude. Thanks!”

“I almost skipped your session ’cause you “motivational speakers” are all alike, right? I had also been in a motorcycle accident a while back, so back pain means I can’t sit for too long, especially is I’m bored. I am not sure how to explain what happened, but you were truly amazing! I’ve been battling this stupid pain and getting depressed for what I can’t do anyomore…severely depressed! Then Wow! Something inside me clicked, during and after you spoke…and I now have a whole new outlook on my situation. Thank you for flipping my switch. More people need to hear you! You have no idea what you have done for me. Thanks!!”

“To hear the story of Alvin Law is life changing. He is authentic in sharing the truth of a life journey. His presentation encouraged and inspired us to overcome the challenges and difficulties we all face in life. His story is riveting and well balanced by an infectious sense of humour. We highly recommend him for a keynote speaker. His words will move you!”

“Mr. Law was absolutley amazing! He knows how to grab an audience and hold them. His stories are not only inspirational but translates into every facet of life, both business and personal. Please keep bringing in speakers of this caliber”

“Alvin’s presentation made me feel uncomfortable, proud, sad, happy and embarrassed. Anytime someone can connect with you on such an emotional level the effects have to be long-lasting. Truly a remarkable story and one that gives me a lift with the “trials and tribulations” that at times can seem insurmountable. Perspective is a powerful thing so thanks to Alvin for sharpening mine”

“I’m not a huge fan of motivational speakers – I firmly believe that you can’t impose motivation on others, it has to come from inside them. Alvin owns his own motivation, and ignites it in others because he models the behaviour he speaks about. He lives it every day. He doesn’t tell people to change – they want to change after seeing him”

“There are tons of subject matter experts – it’s not difficult to find 10 speakers on conflict management or marketing, for example – but there’s only one Alvin. How many speakers can make a room full of CEO’s quit whining and get on with it? He is a powerful storyteller and although his circumstances are unique, his story is universal.  He forces you to reflect on your own mental boundaries, and you end up thinking “well, what’s my excuse?” He takes away any excuse you’ve got!

Alvin doesn’t offer platitudes or canned motivational jargon – he speaks from his life, and you can’t deny the truth of what he says because there he is, living that truth in front of you. All of our members found him awe-inspiring and motivational… and they’re not an easy group to impress.

I’ve seen well over a hundred speakers, and I can’t imagine anyone from any walk of life who wouldn’t benefit from hearing Alvin’s story. Once you hear him, you’re changed for the better – his message sticks with you, and you’re a lot less likely to suffer under your own self-imposed limitations or obstacles. He’s a genuine, funny and relatable speaker. Alvin is not a nice-to-have. He’s a must-have.”

Kevin Kerley
Chairman of the Academy for Chief Executives

“Each time he spoke, it felt like the first time he was saying any of it. After 3 times, his presentation still felt fresh and real, never canned or rehearsed. He crafted his story and his message directly to the specific audience, and each time they were in awe. Age, income level, background – none of that mattered. Alvin hit home with each and every one of them.

Alvin is not your typical motivational speaker – he’s an experience, and one you remember long afterward. He bypasses all your usual resistance and speaks directly to your heart. He’s genuine, a human being telling a powerful, real story that you can’t help but recognize and relate to. He’s not promoting himself or promoting a book – he’s not promoting anything other than life. You’ll never get better value from a speaker, or a more genuine, impactful presentation.” 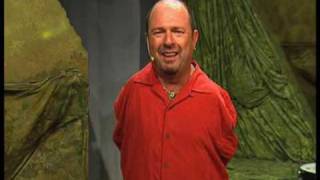 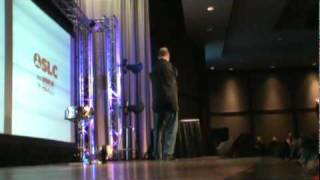 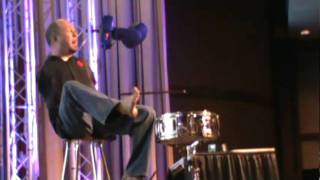