Why You Need Alexandre

Originally from Rosemère, Alexandre Bilodeau fell in love with freestyle skiing after having seen the spectacular performance of Quebecker Jean-Luc Brassard in Lillehammer, in 1994. On the trail of his idol, he became, at the age of 14, the best junior Canadian in three disciplines: jumps, moguls and dual moguls. He joined the national freestyle moguls ski team at 17 years old and participated in the Olympic Games in Turin in 2006, where he ended up in 11th place. That same year, he won his first competition at the World Cup and became the youngest Moguls freestyle skier to make it to the highest podium in this discipline. He ended the 2005-2006 season in second place in the final medal results.

Alexander’s ascent pursued in 2008-2009 and he won the World Championships in dual moguls and also came in first at the World Cup in freestyle dual moguls. Last February, he was vindicated when he won the first gold medal on Canadian soil at the Olympic Games in Vancouver.

Alexandre wishes to pursue his studies and eventually work in the area of finance. He has a very positive, determined and persevering nature and he will charm you with his rich life experience. 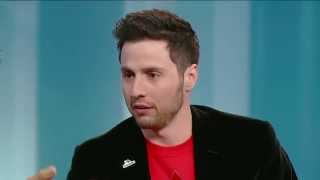 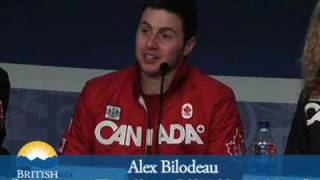