What Adrienne is Passionate About

Personal Power: Being the Best Version of You

In today’s extreme conditions, fear, doubt, and uncertainty are paralyzing people’s power, both professionally and personally. Adrienne shows attendees how to reduce their stress, overcome their fears, and improve their execution in the following areas:

With her athletic accomplishments combined with his successful business background and ability to move an audience to action, she shares what it takes to win in a highly competitive market.

Team Success: It's the Journey that Creates the Outcome

Thriving in extreme conditions, building stronger relationships, and increasing your team’s performance are the leadership hallmarks of a Team Captain. As and individual sport athlete that also joins together with competitors to become relay member Adrienne, has mastered techniques to create a winning environment and have your group perform beyond their best expectations.

Through Adrienne’s success framework model she will unlock the keys to team cohesiveness and growth. During her career as a team Canada relay member since 2003 Adrienne has lead members to share, motivate, encourage and operate as one unit driven towards the same goal. Adrienne provides real answers to bringing individuals together to become powerful synergistic teams.

Competing Successfully in Life and Business

The winning secrets she learned in sport and business have helped her to launch one of Canada’s most successful athletic sponsorship campaigns ever. As a current National Team Athlete Adrienne, shares her 5 Winning Secrets with all of her audiences, showing them how they too can exceed their sales goals and lead others to unrivaled success.

Driving her own successful sponsorship campaign and consulting numerous other athletes to funding success Adrienne has mastered skills in making confidence contagious. Being conscious of real opportunities and knowing how to share your enthusiasm no matter if your in introvert or extrovert. Adrienne will share the tools to capture and engage the hearts of your audiences as well as coach you to empower yourself to always communicate right messages.

Sales people are motivated; leaders are empowered and inspired; staff are energized and engaged!

Looking to shake up the lunch routine at your workplace?

Adrienne has hundreds of recipes and treats that will give you and your team the energy and nutrients to lead happy health life styles. Book a lunch and learn session to discover easy lunch time meals and daily treats that will pack your body with nutrients and satisfy your cravings! No matter if your looking to slim down or lead your team to a health diet, this session will energize! Coming from an Olympian’s kitchen to your lunch plate, the High Performers diet.

Why You Need Adrienne

Find your inner Olympian and unlock your personal potential and potential of your team with Adrienne Power. Adrienne is one of Canada’s fastest females in history with 5 time national championship titles and is a double Commonwealth Games medalist. Coming from humble beginnings to international track star and motivational speaker has sharpened skills and techniques for personal power and success. Ask Adrienne to help you and your team become the most motivated and determined versions or yourself.

Born and raised in Nova Scotia, Adrienne Power is a true powerhouse on the race track. Adrienne was brought up in the small community of East Jeddore and sites her grandfather as her biggest influence throughout her childhood. He taught her to be a compassionate person and inspired her to follow her childhood dreams of being an Olympian. As a young girl, she would watch the Olympics with her grandfather and he would say to her “That’s going to be you someday, competing for Canada.” The national pride instilled in her at a young age helped Adrienne excel in athletics throughout her school years. She loved the challenges, was naturally competitive and would beat the boys all the way through high school.

Adrienne attended Dalhousie University after she was scouted for the track team. While there, her grandfather passed away in 2001. Her biggest influence and motivator was gone and Adrienne felt the light of the Olympic torch fade inside of her. Her focus and ambition was fading, she began to lose competitions and she felt her dreams were slipping away. Her coach, Peter Lord recognized the dismay of this talented athlete and together they developed a framework to move her to her Olympic goals again.

As a High Performance athlete and recent Dalhousie University commerce graduate, Adrienne has a lot to offer. She uses the tools she has and her own life story to inspire and motivate Canadians. Adrienne volunteers as a relay coach for Dalhousie’s varsity team and acts as a team leader in an athlete-support role.

During the past 3 years Adrienne has given over 250 motivational speeches to schools, business groups, community groups and sport teams. She has told her story to over 31,000 Atlantic Canadians and has helped her audiences strive toward their own dreams. “I want the people I talk to, to identify with my life’s struggles and successes,” Adrienne says. “I think the fact that I have done the same things, went through similar experiences and have dreams similar to them allows me to reach my audiences more effectively and on a more personal level. My message is simple but powerful: work hard toward what you want, focus on each and everything that takes you closer to your goal. I guarantee you’ll get there.” 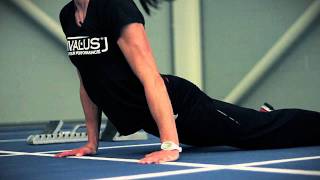