Why You Need The Debaters

Be it resolved that The Debaters Live! is a stimulating way to liven up your next event, corporate function or fund-raiser. Real live Debaters host, Steve Patterson and two stand-up comedians who appear on the popular CBC show will entertain your group with an exhilarating exchange of facts and funny tailored to suit your needs, industry or event. The engaging format is part stand-up, part quiz show and part comedy competition with your audience picking the winner.

Created by Richard Side, who also executive produces, The Debaters is a unique, cross-platform production that is well known to the large, loyal audience it has been entertaining on CBC Radio One for five years. In the Fall 2011, The Debaters aired its first full season on CBC Television taking on a range of topics from Beauty vs. Brains to whether the rise of China as a superpower is good for us all.

With over 350 topics debated so far, The Debaters team guarantees it will find the perfect debate for your event and deliver it with 100 percent original and hilarious material that will get all of your delegates talking.

The Debaters Live! is a total of 60-70 minutes. 30 minutes of stand-up (10 from each comedian) a hard-hitting 35 minute debate and even a Q and A for your audience direct participation.

1) STAND-UP PORTION OF THE EVENING (30 minutes)

The live audience will be warmed up and entertained by both debaters as well as veteran International headliner Steve Patterson.

2) DEBATE PORTION OF THE EVENING (30 minutes)

Two stand-up comedians are given a topical matter to debate, previously decided upon through the collaboration of the client and producer. One debater serves as advocate: the other takes the contrary view.

Off stage microphone – announcer intro of “The Debaters” live with the theme music of our show playing (from a CD or ipod).

There are five rounds to each debate:
– Opening Rants – Each debater delivers a fully scripted, joke-filled rant “for” or “against” the resolution.

– The Bare Knuckle Round – Here debaters attack each other’s argument and defend their own in a verbal free-for-all.

– The Firing Line Round – The host quizzes the debaters on their knowledge of the subject, where the debaters can either provide the correct or the most amusing answer.

– Audience Questions – This is a bonus round for Debaters Live! The audience members are given the opportunity quiz the debaters, using a wireless microphone that is passed around by a Stage Assistant.

– The Last Laugh – The debaters each given a time for a closing summation, a final joke-filled scripted rant to sum up their side of the argument.

Conclusion – The host asks the audience to vote by applause for whom they thought delivered the best combination of facts and funny.

Why You Will Love The Debaters

“Derek Edwards is considered to be one of the finest comedy talents in North America. Derek Edwards is the kind of guy who could read the nutritional content off a cereal box and have you in tears.”

“At our NB/NS COMBINED BROKER CONVENTION Derek was the after dinner entertainment and his performance blew me away. He had everyone laughing with some crying at the time. I would recommend him for any audience. He will not disappoint. ”

“Roman Danylo kept things pumping with his manic energy and willingness to follow the wind wherever it blew.”

“Just a short note to tell you how much I took notice of you during your performance on “The Debaters” last week. I oftentimes cringe in embarrassment for many of the comics, forced as they are, to go toe-to-toe against each other before a live audience. I don’t know how much advance time you have to create your rant, but the impression I have is that you are hit with it on-the-spot. Regardless, your diatribe on the merits of pie versus cake was nothing short of brilliant. You had me not only laughing out loud in my car, but also marvelling at the depth and clarity of your thought process. I muttered to myself, ‘this guy is the real deal.’ I wish you well in your future, which I truly believe will be filled with much success.”

“If you see only one comedian in your lifetime, see Dave Hemstad.”

“I have never seen such preparedness in a stand-up comedian. You had quite obviously done your homework. You had everyone laughing from the word go and kept it up for the entire set.”

“OMG – I LOVE THIS MAN!!! He was amazing Stephanie – thank you so much for recommending him!! He did better than hold the crowd’s attention…..he owned them!!!!! I would and will work with him again in a second – he is a true professional and one of the funniest emcee’s we have ever had!!”

“If I’d known he was going to be that good, I’d have cancelled him.”

“I wanted to kick off Dx3 Canada in a unique and interesting way. Luckily, I called The Debaters. Sure, it was funny. Hilarious even. But more importantly, the content and debate were completely relevant and targeted to the specific industry gathered. They were thorough in preparation, flawless in execution, and very funny in delivery. I’ve been to (and spoken at) a lot of conferences. Hands down, this was the best kick off I’ve seen. I’d book them again in a heartbeat.” 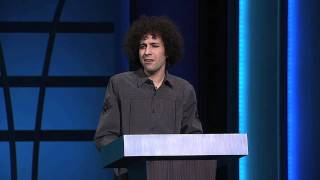 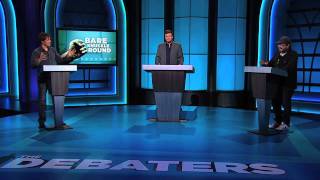 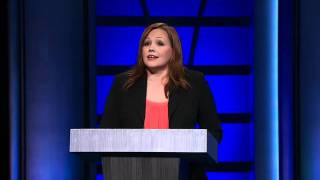