Why You Need Squid

Precision Drummers Squid was founded in fall 2000 by an award-winning group of snare drummers from the Dartmouth Pipe Band Association. They had been exclusively selected for a musical tribute entitled DRUM! which was to be debuted at the Input 2000 media conference in Halifax, NS. With a complement of 8 dancers, 1 bagpiper, and a house band, the response from the international audience was nothing short of legendary.

With the realization that precision drumming was something that held mass appeal, 7 of the drummers decided to form their own drum-corps. The first official performance for the newly conceived Precision Drummers Squid was on the 25th of November 2000, at the Halifax Drumfest. Word of Squid’s unique precision drumming quickly spread and international performances soon followed.

After five years of thrilling audiences everywhere, Squid produced and launched their debut theatre production “SQUID: The Evolution”, a show that is both musically and visually stunning. The Evolution was a giant success and received standing ovations and rave reviews. Squid currently performs all over North America in festivals of all varieties, school assemblies, corporate settings and musical theatre performances.

Squid offers a very customizable and adaptable show for special events or corporate work. Ranging in length from 5 to 45 minutes, Squid delivers an engaging and exciting show to delight audiences, big and small.

The Squid corporate show has played for many different types of events and on many different stages. We play any size corporate show or event; from large conference halls to intimate dinners. We can accomodate special requests and are very flexible when it comes to the presentation of the show.

Squid school assemblies are approximately one hour in length. They feature original Squid music, performed by the group in a concert-like setting. Three motivational talks are given throughout the show. Depending on the age of the students, the content of these talks can vary.

Squid’s school assembly is sure to energize and entertain your students, while at the same time motivating them to work hard in all aspects of life and never give up on themselves or their dreams.

The Evolution is a show following a musical styling as it evolves from its traditional roots to a more modern, creative and multi-influenced form of music. The show is designed to follow the journey that Squid took through their musical careers. Starting in the very traditional and regimented ranks of competitive Pipe and Drum Bands and then moving on to become a performing arts group. Injecting instrument tricks, stunts and choreography into their music, and drawing influence from many other forms of music including African drumming, Brazilian drumming, Hip Hop, Funk music and Rock and Roll.

The Evolution is a very high-energy show that entertains audiences of all ages with it’s musical diversity, and at the same time thrills them visually with instrument tricks, stunts and choreography as well as lighting techniques that are both creative and electrifying. It draws theatrical influence from such groups as STOMP, BLAST and Blue Man Group.

The Evolution has drawn consistent standing ovations and rave reviews and promises to be a highly successful theatre production.

Squid offers a high-energy show that entertains audiences of all ages. With their unique musical style and unparalleled instrument tricks, stunts and choreography Squid is a hit for festivals of any kind.

Squid has performed at a wide variety of festivals including busker festivals, children’s festivals, folk festivals, jazz festivals and outdoor rock concerts. The show is adaptable to suit any style of festival.

Why You Will Love Squid

“Our event was a huge success. Squid gave us the impact we were looking for and you and your colleagues were very easy to define the logistics.”

“Our client chose SQUID/Lively Youth for their closing banquet. They wanted to give their attendees a good show featuring local talent that shows off the cultural influences of our region in a fun and energetic performance. What the artists delivered was so much more than even we anticipated with the audience leaping to their feet at the end to a standing ovation. The performance started with a dark room as SQUID entered with such high energy incredible talent and the room was captivated. Lively Youth took the stage as SQUID finished their performance and again wowed the attendees with traditional songs, fantastic vocals, high energy fiddle and overall wonderful talent. I would not hesitate to hire both again to dazzle attendees with performers who are among the best talent our region has to offer.”

“I have been teaching at Vanier for 17 years and this was by far the best act I have ever seen.”

“SQUID are guaranteed to move your body.”

“Outstanding entertainment for all ages!”

“Remember those old bank ads set to that Todd Rundgren song that went, “I don’t wanna work, I just wanna bang on de drum all day”? Halifax ensemble Squid has managed to combine working and banging (percussively, that is) for nearly seven years now, performing as buskers and in theatres.”

“Our luncheon was a great success, in great part to the amazing talent that we brought with us! The feedback we received was incredibly positive. The standing ovation, was a first for the conference and as I understand, a relatively rare occurrence in RVC luncheon history! Thanks to you and all the members of Squid! We hope to see you and work with you all again soon!”

“SQUID brought energy to the room and was a great way to kick-start the event! A very talented group.”

“SQUID is a great example of the incredible talent being produced in Nova Scotia. High energy, unique and passionate, this group of musicians entertained thousands of Bostonians at the 2012 Boston Tree Lighting. They were a pleasure to work with and their enthusiasm and unique skills ensured the people of Boston certainly knew Nova Scotia was in town!”

“SQUID were an excellent choice and our colleagues from across the country were wowed by their performance. We had many positive comments that evening and the following day on how great they were.”

“Working with SQUID was so much fun! They brought tremendous energy to the crowd at Nova Scotia’s first-ever anti-bullying leadership conference, Speak Up! This special group had the audience on their feet moving to their unique sounds. They are the complete Maritime package – bagpipes and all. I can’t wait to see them perform again!”

“Everything with SQUID was awesome! They were great to work with, and we were able to pull off a huge surprise for my brother and his bride! I would recommend them to everyone!” 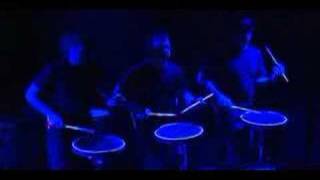 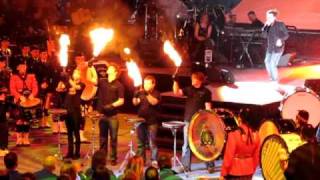