Why You Need Rhapsody Quintet

For more than 20 years Nova Scotia’s Rhapsody Quintet has thrilled and delighted audiences with its sparkling renditions of a wide range of music, including light classical, salon, musical theatre, jazz, tango, klezmer, movie music and more. Through their performances and recordings they have reached out across Canada and the world, performed for royalty, worked with school children and helped to raise funds for many deserving causes. Rhapsody has also released six CDs to date.

Rhapsody Quintet has appeared twice as guest artists with Symphony Nova Scotia in their Traditional Pops Series, receiving rave reviews and standing ovations. They performed in Ottawa as part of the National Arts Centre’s Atlantic Scene Festival, and were featured artists on Toronto’s Music Alive series. The Quintet was honoured to be invited to perform for the re-opening of both the historic Public Gardens and Point Pleasant Park in Halifax following the devastation of Hurricane Juan, and were proud to provide the music for the Premier’s Dinner in honour of the first recipients of the Order of Nova Scotia.

The Quintet has performed on the Dartmouth Community Concert Series, the St. Bernard Concert Series in Church Point, NS, at PEI’s Indian River Festival, on the Mahone Bay Concert Series and the Acadia University Alumni Series. They’ve presented The Melody Lingers On show at the Rebecca Cohn Auditorium in Halifax and the Imperial Theatre in Saint John, and performed in the Bishop’s Landing Series with guest soprano Sung Ha Shin Bouey. Rhapsody also played at the 50th anniversary celebrations of the opening of HRM’s MacDonald Bridge, along with The Cottars. Rhapsody’s recordings have been used in ballet performances and professional theatre productions, including the Atlantic Theatre Festival and Neptune Theatre, and Chester Playhouse’s 2006 A Pitiful Ambition, a comedy by Lorne Elliott. Rhapsody has traveled as far as Italy to answer an invitation to perform their music.

Why You Will Love Rhapsody Quintet

“Thank you so much for helping to make our wedding such a special day. We received countless compliments on your beautiful music! Our sincere appreciation goes out to you and your wonderful musicians. We wish you continued success.”

“You were an integral part of the event, and major contributor to its overall success. The musical performances you provided for us and our guests was exceptional and created a positive experience for our audience.”

“The beauty of the music at the church and reception was so exceptional that likely every guest at the wedding commented. Several were from England, Australia and other parts and many like Walter Kemp were also musicians. The whole performance was a tribute to your art and professionalism.

Brent and Jenn felt honoured to have musicians of your calibre for their day, and wanted to add their thanks to mine for the obvious passion and devotion you gave to the music. The final arrangement for the Processional was superb!”

“A short note to let you know that I will end my New Year’s Eve program with selections from Rhapsody in Red. I quite enjoyed the CD: both the music and the playing. Mark Warren sent it to me and I’m glad he did! Please tell him! And allow me to wish you and the Rhapsody Quintet a very Happy New Year!”

Danielle Charbonneau
Producer/Host, - Music for a While, CBC Radio Two

“Conference delegates commented to me that ours was one of the best opening ceremonies in many years and felt it was the best conference ever. For me, the concert provided a “proud to be Nova Scotian” moment that I will savour for some time.”

“Our guests thoroughly enjoyed the music provided by Douglas Reach (classical guitar) – he was superb!”

“The music played by Dave MacIsaac and Louis Benoit (fiddle and guitar) was fantastic. The event was an overwhelming success.”

“Thanks for everything. Anthony and Doug (fiddle and guitar) were great – worked out wonderfully.”

“On behalf of my husband and I, we would like to thank you for the absolutely beautiful music you played at our wedding ceremony! Everything was perfect and I will definitely be recommending you to any future bride! Thanks again for everything!” 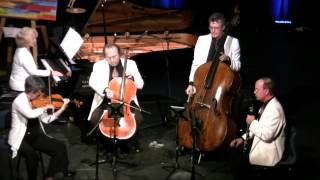 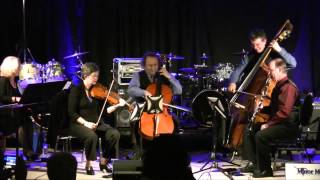