Why You Need Sheldon

Sheldon Casavant isn’t your everyday magician. He has been nominated twice as Entertainer of the Year by the Canadian Events Industry, and was selected to perform at the 2010 Winter Olympics in Vancouver. From intimate gatherings to audiences in excess of 25,000 people, his unique style of magic has been appreciated around the world. Sheldon has entertained across Canada, the United States, Mexico, Panama, China, and has performed over 600 shows in Japan.

Sheldon’s stage show combines magic with high-energy comedy and plenty of audience participation.  The audience is a part of the action from the moment the show begins, as Sheldon makes borrowed items vanish and reappear, brings inanimate objects to life, and calls people on stage to perform impossible tricks for their peers.

The Interactive Comedy Magic Stage Show is well-suited to both intimate gatherings and crowds of several thousand people. Sheldon is a highly skilled magician and performs a style of comedy that is good-natured and inclusive – the laughs are never at an audience member’s expense.

This is a one-man show that travels well, sets up and tears down quickly, and can be adapted to any space.

Why You Will Love Sheldon

“Sheldon was amazing! He captivated the whole audience; they were glued to his every move. His interactive show energized the crowd and kept them on the edge of their seats. His flexibility and responsive personal communication makes him exceedingly easy to work with.”

“Sheldon’s performance was top notch and we would definitely recommend him to anyone who wants to be dazzled by a fast paced, humorous magical show.”

College of Physicians and Surgeons of Alberta

“Everyone was amazed by Sheldon’s skill, charmed by his personality, and truly entertained by his humour… wonderful presentation!” 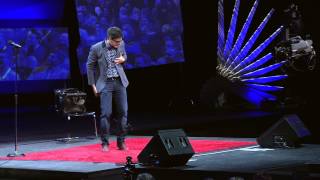