Why You Need Ryan

Widely regarded as one of Canada’s Top Stand-up comedians. As a teen, Ryan started performing improv at The Loose Moose Theatre Company, a famous improvisational theatre where Theatresports was created. By 17, Ryan was performing comedy professionally, and was the youngest person to ever record their own CTV Comedy Now special. He is the winner of a Canadian Comedy Awards, and the Phil Hartman Award for his stand up.

Ryan’s stock continues to rise since he is also an accomplished actor and writer. He has gained much attention in Hollywood from casting directors, studios and networks alike.

Of his many TV appearances he has appeared 8 times at the Just for Laughs festival in Montreal, where he is a crowd favorite, as well as multiple appearences on CBC’s Halifax Comedy Festival, The Winnipeg Comedy Festival, and CBC’s The Debaters. South of the boarder he has been seen on Comedy Central’s Live at Gotham, CBS’s The Late Late Show, and MTV’s Busted.

A respected comedic actor, he was a series regular on FOX’s sitcom Life on a Stick, CW’s The LA Complex. He was the star and co-creater of the cult show Almost Heroes, now available on Hulu. He has starred in the feature films National Lampoons Going the Distance, Disney’s Stuck in the Suburbs, Step Dogs and the award winning family film Finn on the Fly.

Most recently he was the star of CTV’s sitcom Satisfaction and hosts one of iTunes top Comedy Podcasts in Canada, The Flying Bellevilles Podcast. 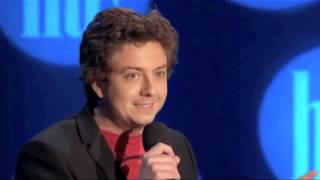 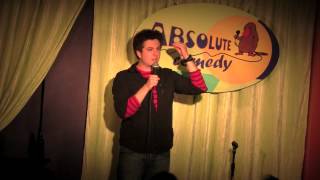 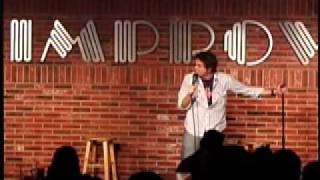