Why You Need Daniel

As an instrumentalist, Daniel Matto performed and toured throughout Australia, Sweden and Finland in big bands and other ensembles. Daniel then realized his true musical passion was singing and went on to study voice at the Australian Conservatory of Music in Sydney.

As a jazz vocalist, Daniel started a lounge-styled band, The Martini Orchestra, one that mixed original songs with tunes from the likes of Burt Bacharach and Sinatra. His vocal chops soon caught the attention of some of Australia’s leading jazz musicians, including internationally-acclaimed pianist Dave MacRae and singer Joy Yates, who became something of a mentor. He went on to perform with Yates and MacRae at some high-profile jazz festivals and events in Australia and New Zealand.

When Daniel migrated to Halifax in 2007, the land Down Under waved goodbye to one of its most promising young jazz vocalists. Daniel now calls Halifax home, performing regularly in clubs and festivals on the East Coast. Word of his charm as a performer quickly spread and as a result he has performed as a guest soloist with Symphony Nova Scotia and the Thunder Bay Symphony Orchestra.

Why You Will Love Daniel

“With his hybrid accent, good looks and with more than a dash of Sinatra and Buble bubbling over the stage, the women in the room hung off of his every note.”

“Matto’s impeccable delivery takes you inside the song and makes you believe every word. This guy can sing!”

“Vocalist Daniel Matto sings from a time and place that no longer exists, but should.”

“Very smooth…Daniel’s relaxed style and fine voice is perfect for a crooner, which I’m sure he will be very successful at.”

“Daniel Matto sings in a style that is reminiscent of the fine singers and swingers of an era when talent was the criteria for judging an artists’ ability …he sings the songs as they should be sung and the result is magical….” 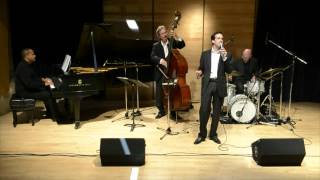 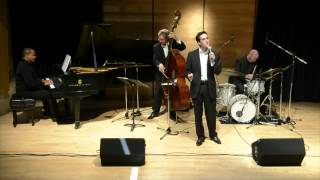 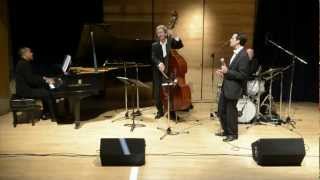