Why You Need Cassie & Maggie

Fun, exciting, charming and talented Cassie and Maggie MacDonald are a dynamic Celtic sister duo who have emerged onto the music scene as the ones to watch.

Born in Halifax, with strong roots in Antigonish, Nova Scotia, the girls have been wowing audiences across Canada with their unique blend of original and traditional Celtic music. Cassie’s fiddle playing has been described as “sweet and elegant with just the right amount of raw power” while Maggie’s piano playing has an irresistible drive that will leave your foot incapable of staying still and complements Cassie’s playing perfectly.

Together these delightful sisters bring more than your average fiddle and piano duo; Cassie is an award winning highland and step dancer and also sings harmony for Maggie. In addition to her virtuosic piano playing, Maggie sings lead, plays guitar, banjo, accordion and is also an accomplished step dancer. Their music fits together seamlessly encompassing various styles from Cape Breton reels to Antigonish polkas, Quebecois fiddling and footwork to down east standards. Their vocal harmonies are sweet yet powerful and their step dancing exact and exciting, showing off their youthful charm and energy.

These girls have an impressive resume, especially for ones so young. Highlights so far include a trip to Paris, France in February of 2011 where they played for the French Ambassador at the Canadian Embassy, appearances as featured soloists in the 2009 and 2011 Royal Nova Scotia International Tattoo, Headlining a show at the Rebecca Cohn Auditorium with Terry Kelly, and countless performances at numerous festivals and concerts throughout Canada. Cassie and Maggie have just released their debut album entitled “Fresh Heirs” and it is already garnering high praise for their combination of traditional and original music.

Why You Will Love Cassie & Maggie

“On behalf of the Nova Scotia Teachers Union Organizing Committee responsible for ‘Nova Scotia Night’ at Pier 21 Thank you all for your part of that evening. You provided lots of wonderful memories of Halifax and Nova Scotia for these delegates. Wanted to pass along these comments from the ‘delegates from away’ on what we considered to be a very memorable night of food, fun and fabulous entertainment.”

Wow! I will be on the lookout for Celtic Fusion.

Excellent. Much appreciated the emphasis on the local flavor.

5 + OUTSTANDING!! I was TOTALLY impressed by the entertainment. 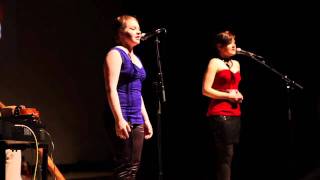 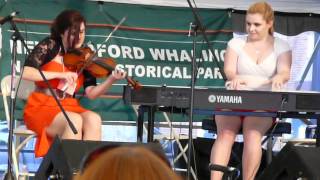 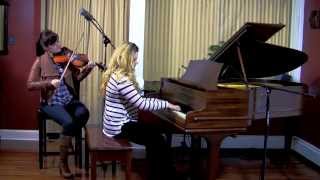