Why You Need Ali

Comedy fans in Canada and all over the World love Ali Rizvi Badshah. He’s a charming and provocative network personality for the CBC, CTV, and other broadcasters. While at the CBC, Ali was the host of Laugh Out Loud on CBC Radio One with 1.8 Million listeners a week. He smashed a handful of CBC Television comedy specials; remains undefeated on CBC Radio’s The Debaters (2-­‐1-­‐0); produced, wrote and starred in CBC’s first web series (Bloody Immigrants); earned a Canadian Comedy Award Nomination for his work on Russell Peters’ hit sitcom Monsoon House; and appears regularly on multiple CBC programs.

Ali was a featured cast member on MuchMusic’s Video On Trial, as well as producer and standout star of MuchMusic’s WETD. His half hour CTV stand-­‐up comedy special debuted in 2011 and is one of the highest rated on the network. In addition, according to the producers, Ali holds the record for the most live audience members for a CTV comedy special taping.

His newest web-series, The World Burn, is already generating industry-­‐buzz for being the multicultural and global equivalent to John Stewart’s The Daily Show, while his other new series Unchain My Heart is rapidly developing a cult following around the World.

Ali was featured on the front page of the Toronto Star as one of the Top Ten People of 2009, and on CTV’s Nubian Disciples Special, with Russell Peters, Dave Chappelle, Tommy Davison, and others, as part of the “next generation of great Canadian comics.”

In 2012, Ali became the CEO of MediaMercenaries Corp., an intellectual property developer and creative consultancy based in Toronto.

Why You Will Love Ali

“One of the top Ten People to watch in 2009 – the first comedian to ever appear on the list.” 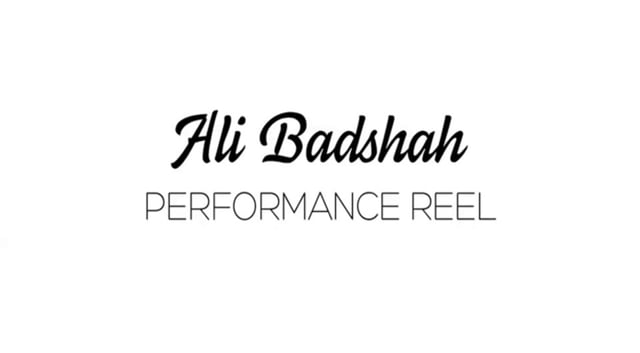