Why You Need Acres and Acres

This has been a big year for Acres and Acres. The band released their sophomore album Truth & Sky, charted on commercial and campus radio across the country (#1 on CFRC in Kingston & CKDU in Halifax), toured the Maritimes with a full band & string section, and sold out shows all along their album release tour.

Based out of Halifax, NS the band consists of a duo of songwriters (Kris Pope & David Scholten), a killer rhythm section (Jordi Comstock, Ian Sherwood), and a talented composer & keys player (Ian Bent). For bigger shows, a string quartet joins the group, adding the lush layers found on the album.

“Truth And Sky has a beautiful arrangement…..Scholten and Pope’s vocals are stirring and graceful throughout.” – Bob Mersereau, CBC

The band’s debut album All Nations was nominated for Recording of the Year at the East Coast Music Awards. Three years of writing, touring, recording, collaborating and general endless philosophizing resulted in a concise and impressive follow up album. Truth & Sky uses
a variety of live recordings and studio tracks to further develop the band’s unique atmospheric-folk sound.

“…a record that I can only describe as the Nova Scotia Trinity Sessions.”
– Tom Power, Deep Roots, CBC R2

Why You Will Love Acres and Acres

“Excellent songs and fantastic vocals from start to finish. Rating: 5+”

“They balance each thought with a playful stomp or a gentle sway, and countless enjoyable melodies.”

“So thrilled to have you join us at the Nature Trust’s 13th Annual Dinner & Auction! Your music is not only beautiful but also thought-provoking! You really set the tone for the evening! Looking forward to working with you again in the future!”

“I can’t recommend Acres and Acres enough – on top of delivering a solid, engaging, and beautiful performance, as individuals they are everything you’d want a band to be – highly skilled artists and really wonderful, friendly people to work with. I would happily book them again! Thanks for joining us at Peterborough Folk Festival this year! Everyone agrees that your set was one of the stand-out performances at the festival, and that you were also the far-and-away nicest guys to work with. The sound techs, our Board chair, and a bunch of volunteers have said how much they enjoyed talking to and working with you!”

“…a record that I can only describe as the Nova Scotia Trinity Sessions.”

“Thank you for your great performance at our private party and for being such kind, considerate and easy-going guests. It was a pleasure to have you all there! Your exceptional presence and music at our celebration will not be forgotten and we wish you all the best.” 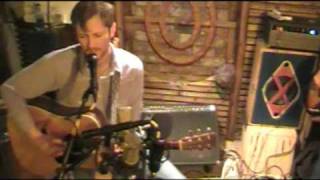 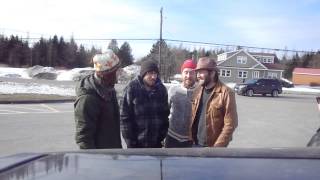 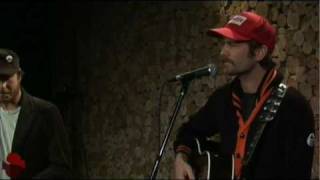